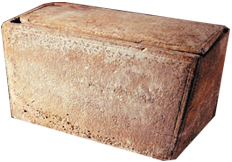 Can you believe it’s been ten years since the IAA (Israel Antiquities Authority) seized the James Ossuary from  Oded Golan, claiming it to be a forgery? Well, if you haven’t heard (and you probably haven’t), the artifact has finally returned to its owner and all charges of forgery dropped. However, this was under the radar, so-to-speak, because the IAA had made an agreement with Golan to keep their major (and extremely expensive) blunder out of the press. However, Hershel Shanks of the Biblical Archaeology has released some notes about the recent “hush-hush” on the whole affair. You can read all about it here.