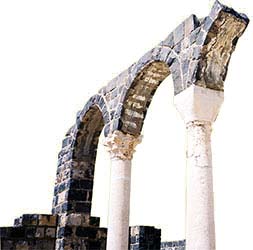 Click here to read my journal (incomplete) from the 2002 Kursi Dig.

The Kursi Excavation is located at the mouth of the Nahal Samakh also known as Wadi es-Samak. Located on the eastern shore of the Sea of Galilee, the area commemorates the Miracle of the Swine performed by Yeshua. The location of the miracle has been debated for many centuries. This confusion was fueled by the fact that different translations interpret the area differently. In some of the translations Matthew calls the area Gadara; Mark calls it Gerasa; and Luke calls it Gergesa. The three names refer to three different geological regions. This was of concern for the early Church Fathers, including Origen, who during the third century attempted to explain the apologetically difficult readings. Eusebius in his Onomastikon (64:1) recorded a city called a “Gergesa” on top of a mountain near the Lake of Tiberias as being the place where Yeshua healed the demoniac. Since the end of the third century, the site on the eastern shore of the Sea of Galilee has been proposed as the site. This debate was settled in the 1970’s when the site near Wadi es-Samak was excavated. The valley is known by its ancient name, Valley of el-Kursi. The el-Kursi valley is located at the mouth of Nahal Samakh and is a rich farming area. The land is fertile and provides excellent areas for grazing. It is also a location known for rich fishing grounds at the mouth of the wadi. This is attested by the name “samak,” which is believed to have come from the Arabic word for “fish.” 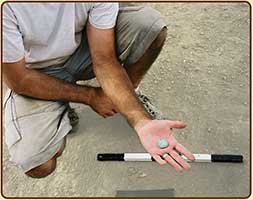 In 1970 Israel was building a new road leading from Kibbutz Ein Gev to the Golan. During road construction the road crew found pieces of pottery, which were shown to Mendel Nun, who lived in the nearby kibbutz. Mendel, who was devoted to the research of ancient fishing practices and life around the Sea of Galilee, recognized that the bulldozers were overturning large amounts of Byzantine pottery. He notified the Golan Archaeological Staff officer and plans were made for the excavation of the site. Vassilios Tzaferis, on behalf of the Israel Department of Antiquities and Museums, directed theexcavation of the site.

Early excavations over the first four seasons revealed the presence of a Monastery, the entire wall surrounding the Monastery area, the main gate in the wall, residential quarters in the northern part of the monastery and the Basilica. The wall measures 120 by 140 meters and is built from well-dressed basalt stones. The main entrance of the monastery was built in the middle of the western wall and consists of a stone-paved gate.

The archaeological evidence from the site suggests that there are three main periods of settlement in the church compound and monastery.

This was the first phase to place during the late fifth/early sixth century. It was during this phase that the area experienced its pinnacle of prosperity. The settlement was built during this phase and included a well established community, the wall, church, streets and drainage channels. It was intended to serve as a hospice for the various pilgrims visiting the area. In the second half of phase one a number of modifications were made in the church. Several of the rooms were remodeled to accommodate a chapel and a baptistery. 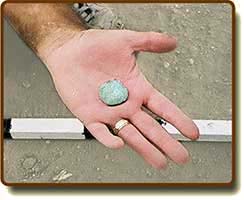 Several changes were made in Phase II. The prosperity and growth experienced in the first phase ended abruptly with the Persian invasion in 614. Like most of the churches in the region when the Persians invaded, the church and several buildings at Kursi experienced severe damage. Although the community survived, the standard of living declined. The area of the church was greatly reduced and the monumental character of the church was forsaken. We have found evidence that the rooms were converted for domestic and industrial use. This is evidenced by the discovery of the oil press in the northern wing of the church. During this phase the changes were made in three areas of the church compound: the northern wing, the basilica and the atrium.

In the residential area, we found evidence of less refined construction of new buildings that were built upon the remains of Phase I structures. The area of habitation during this phase was limited to an area close to the church and most of the settlement was left uninhabited and in disrepair. The Moslem conquest had a major impact on pilgrimage,which was a major source of income for the area. In the middle of the eighth century, the area was destroyed by an earthquake and subsequently abandoned.

This phase witnessed a short lived resettlement of the area. The people who came and settled in the area were from a poorer economic background than the previous inhabitants and were not sensitive to the religious importance of the site. The church during this period was used for domestic purposes and was completely abandoned in the second half of the eighth century.

The church itself was built in one phase and was the design of one architect. It is one of the largest and most magnificent in Israel. Local basalt stones were used as the main building material for the church. White marble was used for the decorative elements such as the bases, columns, capitals and screens. In the chancel area the floor was made up of marble slabs with the rest of the floors paved with fine mosaics.

In the first phase of the atrium, an open square was built up of basalt slabs. Beneath the atrium a cistern was dug with two openings for drawing water. Later in the other two phases, the porticos were walled up and converted into rooms.