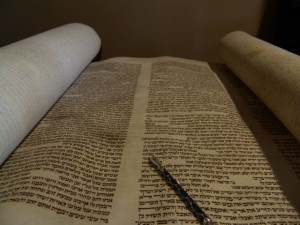 Over the last few posts, I have been dealing with topics addressed in Oskar Skarsaune’s book, In The Shadow of the Temple. In this post I would like to address another such topic. In order to do so we must first look at the teachings of Jesus which are relevant to this discussion. They are as follows:

You have heard that it was said, ‘You shall not commit adultery.’ But I say to you that everyone who looks at a woman with lustful intent has already committed adultery with her in his heart. (Matthew 5:27-28, ESV)

It was also said, ‘Whoever divorces his wife, let him give her a certificate of divorce.’ But I say to you that everyone who divorces his wife, except on the ground of sexual immorality, makes her commit adultery, and whoever marries a divorced woman commits adultery. (Matthew 5:31-32, ESV)

You have heard that it was said, ‘An eye for an eye and a tooth for a tooth.’ But I say to you, Do not resist the one who is evil. But if anyone slaps you on the right cheek, turn to him the other also. (Matthew 5:38-39, ESV)

You have heard that it was said, ‘You shall love your neighbor and hate your enemy.’ But I say to you, Love your enemies and pray for those who persecute you,  so that you may be sons of your Father who is in heaven. (Matthew 5:43-45, ESV)

In each of these teachings from the Sermon on the Mount in Matthew 5, Jesus makes a contrast between what was said previously (or “to those of old”) and his “new” instruction. There are different thoughts as to what he means by these contrasts, but I should like to address one in particular which has been offered by Skarsaune. He begins by commenting,

Jesus, obviously, never authenticated his teaching the way the rabbis did. He never said “I have received as a tradition”. “He taught them as one having authority, and not as the scribes” (Mk 1:22). Nor did he speak like a prophet. He never made himself a representative of God by using the prophetic messenger formula.

In Skarsaune’s first statement, he is correct in his observation that Jesus did not validate his teachings as other rabbis. He had no previous authority from which he received his teaching, other than God alone. He taught by his own authority, not in the authority of another.

In Skarsaune’s next observation, however, we hear him speaking aloud the subconscious heart of modern Christian theology. Skarsaune interprets the phrase, “You have heard…” to mean, “You have heard that it was said [by God] to those of ancient times [at Sinai].” Here Jesus states what was spoken in the Law of Moses, and begins to change and to correct these antiquated laws which have become burdensome to the Jewish nation. According to Skarsaune, Jesus is said to set his “own authority above that of the Law.”  He later notes that, Jesus “…can deepen, radicalize, even correct the Torah” 2

With these statements, Skarsaune reveals an unconscious bias towards the supposed deficiency of the Torah, the Word of God previously given to His people. He sees it as needing correction, change, alteration in order to adapt God’s commandments to a new, Christian era. He doesn’t see the Word of the God being as immutable as God Himself. He assumes that the Torah can somehow be modified.

When asked if Jesus abrogated, repealed, overturned, or annulled the Law, most Christians will chime in with an emphatic, “No!” However, in our teaching, preaching and our daily lives, we state just the opposite. We play word games to try to uphold the Scriptures, while at the same time negating them. Skarsaune does this very thing. He attempts to justify his statements by saying Jesus can “correct the Torah; not by abrogating it, not by doing it away, but by making it complete” (p. 333). But this, along with all other similar attempts, is just a word game.

Although there is no malicious intent, this is the same theology that our pulpits and theological seminaries are producing. Through both our bias and our misunderstanding of the Jewish nature of our Master’s teaching we have unintentionally (and sometimes intentionally) interpreted the words of Jesus in a way which contradicts the words of his Father. We translate Jesus’s “fulfill” of Matthew 5:17 to really mean “abolish,” even though we deny such a definition. Yet, when we reduce the meaning down to the practical, it has the same result. Our “fulfilling” really means “abolishing.”