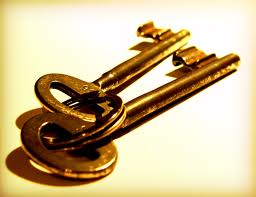 Moses spoke to the heads of the tribes of the people of Israel, saying, “This is what the LORD has commanded. If a man vows a vow to the LORD, or swears an oath to bind himself by a pledge, he shall not break his word. He shall do according to all that proceeds out of his mouth.
(Numbers 30:1–2, ESV)

The above passage comes from last week’s Toah portion, Matot, and contains a key by which we can better understand a teach of the Master found in the Apostolic Scriptures. In this passage we find the Scriptural rule for vows, oaths and self-induced prohibitions.

The first thing we note in this passage is that whatever proceeds from our lips is binding. In fact, it becomes as binding as Scripture. In a sense, when we make a vow or pledge an oath, we have created a new restriction upon ourselves that is above and beyond the obligations of the Scriptures. We have, in a sense, “added to Scripture.” This is one reason why both the sages, and our Master are so critical of vows and pledges.

A person should take care not to make any vows. It is even preferable not to vow to give charity. Rather, if one possesses something to [give to] charity, he should give it immediately; if one does not possess the means at present, he should wait until he does, and then give without taking a vow. 1

The above quote is a typical quote from a Jewish source. The general consensus in regard to taking upon oneself vows or pledges is not a favorable one. The master agrees:

There is, however, something deeper which I would like us to notice. In the Hebrew, there is a play on words that  we do not completely catch in the English. Three times it uses a combination of words which play upon one another.

Two of these are somewhat obvious in our English. The last one, however, is not so obvious. The KJV actually brings this out a little more by translating this as “to bind his soul with a bond.”

In this passage, we clearly see how “binding” is associated with a restriction. This is the precedent by which the rabbis use the term to “bind” or loose” in regard to things which are questionable in their use. For instance, a rabbi would “bind” (restrict/forbid) the use of a certain type of crock pot for use on Shabbat. Or they might “loose” (permit) an activity which might be questionable.

It is in this very context that we should understand the words of Jesus in Matthew 18 in regard to “binding” and “loosing”.

In this passage, the context is dealing with church discipline. Jesus is telling them that the decisions they make in this regard will be upheld by his authority in heaven. They have the power to both restrict and permit anything that is not clearly spelled out in the Scriptures. This is even more apparent in the DHE, as the Hebrew uses the same terminology as the passage in Numbers.

In this passage, he says, “kol asher ta’asru al ha’aretz asur yihyeh bashamayim” – “everything that you bind on earth will be bound in the heavens.”

Rather than giving his disciples authority to “bind” demons, or “loose” finances (as I was taught growing up, and contrary to much contemporary teaching), this teaching of the Master is associated with apostolic authority. Yes, Jesus gave his disciples authority over demons. However, this teaching is in no way associated with demons or spiritual warfare. It is, however, a clear case in which both Jesus and the rabbis are using their clear understanding of the Torah to allow the creation of legislation within their communities.