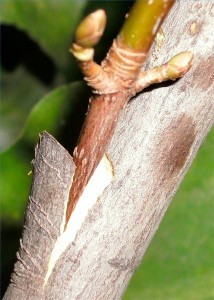 In my previous post, I began examining where the Gentile dominated church began to ignore Paul’s warning in Romans 11 of becoming arrogant in their engrafting into the covenant people of God.

But if some of the branches were broken off, and you, although a wild olive shoot, were grafted in among the others and now share in the nourishing root of the olive tree, do not be arrogant toward the branches. If you are, remember it is not you who support the root, but the root that supports you. Then you will say, “Branches were broken off so that I might be grafted in.” That is true. They were broken off because of their unbelief, but you stand fast through faith. So do not become proud, but fear. For if God did not spare the natural branches, neither will he spare you. (Romans 11:17-21, ESV)

Although Paul had foreseen this problem arising among non-Jewish believers and placed his admonition in writing, his predication became manifest in the church of the late second century, despite his rebuke to the early believers. Oskar Skarsaune notes that during the lifetime of Justin Martyr (c. 100-165 C.E.) this problem had already arisen, and only grew by compound measure in the years following. The increasingly Gentile Christians began to look at themselves as not merely being engrafted into Israel, the covenant people of God, but replacing and superseding her.

Skarsaune reduces the situation to the following:

But whereas in Paul the Gentiles are added to the true Israel of Jewish believers to share in their inheritance, in Justin it is the other way round: the few Jewish believers are added to the church of the Gentiles to share in their inheritance…While in Paul the Gentiles share in the promises given to true Israel, in Justin the promises are transferred from the Jewish people to the church of the Gentiles. This church replaces the Jewish people. It takes over the inheritance of Israel while at the same time disinheriting the Jews…. In this way, Christians of the second century were never able to assert their election in Christ without at the same time lashing out against the Jews. 1

But we must ask ourselves why this line of antagonism came into being. While there were multiple factors involved, I would like to address two. Skarsaune astutely observes that

the Jew had the religious and cultural security of hundreds of years of unbroken tradition. The Christians were newcomers with no prehistory, and they were painfully aware of it. The rabbis handed on a tradition of scriptural exegesis which could claim the authority of generations of excellent teachers, reaching all the way back to Moses on Mount Sinai. They had perfect command of the entire Old Testament, and they could argue their point from minute details in the original Hebrew text. And there was a basic consistency in their approach to the Bible: they not only recognized the Torah as divine, they also observed it.

The Gentile Christians were at an obvious disadvantage on all points. In many respects their interpretation of the Bible was startlingly new. They found meanings in biblical verses that no one had found there before. And they could quote no recognized tradition or authority to support them. Worst of all, they had no direct access to the original text, and their knowledge of the Old Testament was often limited to selected passages and proof texts. 2

My first point is what Skarsaune labels as the “inferiority complex of the younger—the much younger—brother.” 3 One can easily see this as a reasonable factor in the antagonism of non-Jewish believers against their counterpart. It is often the case when one person with natural abilities, knowledge or influence is alongside another with inferior abilities, a resentment from the one of lesser abilities often drives them to antagonize the other party in an attempt to prove their equality. They have to reduce the other person in order to boost their own self-worth or esteem. In our historical example, the Jews did have the upper hand over the non-Jewish Christians in relationship to Scriptural knowledge and exegesis. They also enjoyed a command of the actual language of the Hebrew Scriptures (the church fathers would continually enlist Jewish tutors to teach them the Holy Tongue in order to study the Scriptures in their original language) that was far superior to even those who could understand the Hebrew text.

And as far as the Jews were concerned, Skarsaune reminds us that “there was a basic consistency in their approach to the Bible: they not only recognized the Torah as divine, they also observed it.” This is where a contrast began to be apparent between the Jews and the Gentile Christians. Whereas the Jews continued in their living out the precepts of the instructions given to them by the God of Creation at Sinai, the non-Jewish believers, feeling unbound to these instructions in any kind of literal way, began to find contempt for those who adhered to their plain intent. For the act of “doing” had become a spiritualization. To the non-Jewish Christian, the plain meaning of the commandments began to be pushed to the wayside as inapplicable, and a more mystical, allegorical interpretation began to emerge as a seemingly superior one.

It is typically understood that the distinctions of the commandments for the Jewish believers and the non-Jewish believer are clear from both the Jewish (i.e. the “Noahide” laws of Judaism) and the Christian (i.e. the “Council of Jerusalem” in Acts 15) perspectives. However, in Justin Martyr’s dialogue with Trypho, a Jew who does not recognize Jesus as the Jewish Messiah, we get a glimpse of the current Jewish perspective viewing Christianity within its original framework, being a sect of Judaism, rather than a new and separate religion. Trypho reprimands Justin and other Christians by asking, “how is it that you Christians, who claim to worship the God of the Bible, do not observe his law?” 4. Even though Justin and most of his Christian brethren were non-Jewish, Trypho expected to see at least some semblance of the commandments being evident among them. In this we have the first evidences of how the “spiritualization” of the commandments damaging the witness of Christians among their Jewish brethren.

This brings me to my second point. Because of the sheer numbers of non-Jewish believers over Jewish believers pouring into this new, Messianic sect of Judaism, much of the original context of this faith became lost. Therefore, “the church of the second century came to think of itself as essentially Gentile, a non-Jewish entity set over against the Jewish people as such” 5 At this point, the church begins to lose its original, Jewish identity and creates a new one as somewhat of an antithesis to the Judaism which has been passed from Moses to Joshua, from Joshua to the Prophets, from the Prophets to Jesus, the Jewish Messiah, and then from Jesus to his disciples. We begin to have a disconnect between the followers of the Jewish Messiah and the historical biblical faith. Not only do we see this, but we see a new “people of God” claiming their “chosenness” over and above the covenant people of God. We see the development of a theoological system, by which the non-Jewish church claims the covenantal blessings that belong to the Jewish people, while leaving the covenantal curses for the Jews. Rather than remembering that non-Jewish believers have been brought “into” the existing family of God according to Ephesians 2, the predominant concept was that the non-Jewish believers were now the “new” people of God, and had replaced the disobedient, hard-hearted, stiff-necked Jews. This is Replacement Theology, a subtle theological strain which still infects our churches today.