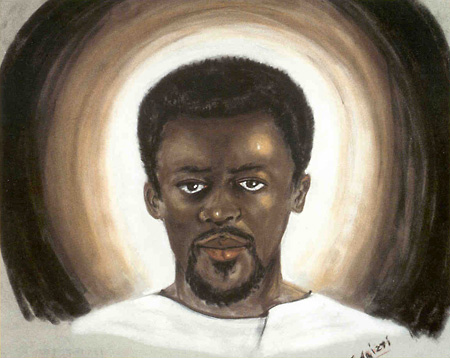 I am constantly amazed at the various depictions of Jesus in popular and religious culture. It seems there is a “Jesus” for every ethnic group and every activist organization on the planet. I’ve seen depictions of Jesus that portray him in every shape, form and fashion. I’ve seen a European Jesus, an African Jesus, an Oriental Jesus, a Zoroastrian Jesus, a Catholic Jesus, a hippy Jesus and even a dinosaur-cuddling Jesus. It seems everyone has a desire to in some way identify with this man named Jesus.

The fact is, Jesus has been a focus of fascination for people across the globe since he physically walked the face of this earth two millennia ago. He is an historical figure which one cannot merely ignore. Christian artist Charlie Peacock wrote a song about the global popularity of the person of Jesus. It’s called “One Man Gets Around.” Here are the lyrics:

You can’t pick up a newspaper without
Reading a story of somebody somewhere
Saying they caught sight of Elvis or witnessed a tear fall
From the eye of a statuette of the Virgin Mary
(Hey now) What’s your deal you don’t seem to care how people feel
Forget about dignity, you could get a spot on MTV
If you only knew how bad people want to get a look at you
The multitudes are waiting, waiting on pins and needles
For the one more famous than the Beatles

It is true. Even the religious leaders of non-Christian religions have an affinity with Jesus. In the last few decades, there have been an increasing number of Jewish scholars and authors who have taken up with Jesus. Orthodox Jewish scholar David Flusser devoted some sixty years of his life to studying Jesus. Jewish author & Dead Sea Scrolls translator Geza Vermes has had a fixation on Jesus for nearly four decades as well, publishing more than a dozen books on him. More recently, other Jewish scholars such as Mark Nanos and Amy Jill Levine, have added to the discussion. Even more recently, television show host, author, and rabbi Shmuley Boteach has published a book entitled, Kosher Jesus, which has caused quite a stir in the Jewish community.

Leaders of other religions follow suit. Mahatma Ghandi is quoted as saying that he liked Jesus and his teachings. In fact, he frequently quoted him and referenced his parables. Ghandi was attracted to Christianity at an early age, and even considered becoming a Christian. It all fell through, however, when a representative of Jesus, a “Christian,” put a bad taste in his mouth that he would never forget.

During India’s struggle for independence from British rule, a man named Mahatma Ghandi, The Mahatma, as he was known, (Mahatma, means “great soul”) pioneered the use of active, but non-violent resistance as a means of achieving his goal of freeing India.

It was well known that in his struggle for independence, Ghandi often quoted Jesus’ sayings and parables from the Gospels, and was especially fond of the passage in Matthew’s gospel that we call “The Sermon on the Mount.” Yet, he was not a Christian and steadfastly rejected any suggestion that he become a Christian.

That fact intrigued a Methodist missionary in India named E. Stanley Jones. He met with Ghandi on one occasion and asked Him, “Mr. Ghandi, though you quote the words of Christ often, why is that you appear to so adamantly reject becoming his follower?”

Ghandi’s rejection of Christianity grew out of an incident that happened when he was a young man. During his years studying law in Britain, he had become attracted to the Christian faith, had studied the Bible and the teachings of Jesus, and was seriously exploring becoming a Christian.

One Sunday, in South Africa where he had gone to practice law after getting his degree, he decided to attend a church service.

As he came up the steps of the large church where he intended to go, a white South African elder of the church barred his way at the door.

“Where do you think you’re going, kaffir?” the man asked Ghandi in a belligerent tone of voice.

The church elder snarled at Him, “There’s no room for Kaffirs in this church. Get out of here or I’ll have my assistants throw you down the steps.”

From that moment, Ghandi said, he decided to adopt what good he found in Christianity, but would never again consider becoming a Christian if it meant being part of the church. 1

Ghandi appreciated and admired Christ, and even considered following him. However, a single mis-representative of Jesus destroyed his opportunity of ever becoming a believer. Ghandi had a high regard for Jesus, but like many others he was not fond of Christians. Because, according to him, Christians are not anything Jesus.

There is hardly a Sunday that goes by where a teacher or preacher doesn’t make the claim that people can’t stand for Christians to talk about Jesus. “Everything is good, until you bring up Jesus.” Is it really because of Jesus? Or is it because the only time they hear about Jesus is in the context of a high-pressure, evangelistic sales pitch from hypocritical Christians? Contrary to what we claim in our churches, the aversion people have to Christianity is not Jesus; it is Christians. So much so, that there is a documentary entitled, Lord, Save Us From Your Followers, which tries to answer this specific question. I believe if we are honest with ourselves, the example of Ghandi is an an accurate reflection on our current status as disciples of Jesus. As a whole, we aren’t doing so well. It’s time we change that.

1 thought on “Discipleship – Is the Problem Jesus or Me?”