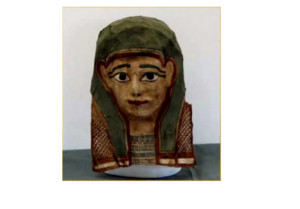 I know it’s been a long time since I have posted. I am spending most of my time writing for my teaching ministry, Emet HaTorah. A recent discovery, however, has piqued my interest and I thought it would fit well here.

A recent report has just revealed that what appears to be the oldest extant copy of the Gospel of Mark has been discovered. It appears that it was discovered at least three years ago and both scientists and are working together to publish their findings in the months ahead. Up to this point the entire discovery has been hidden behind sealed lips. However, a little bit of the information has been leaked to the media.

The discovery actually comes from an unexpected location. The gospel fragment was discovered in secondary use as part of an Egyptian burial mask on a mummy of common status. The forthcoming report will reveal more details on its discovery and its contents.  Biblical scholar Craig Evans has been working as part of the team to unravel the mystery behind the text and hopes to publish his findings as soon as the scientific report has been made public. You can read more about the discovery here: