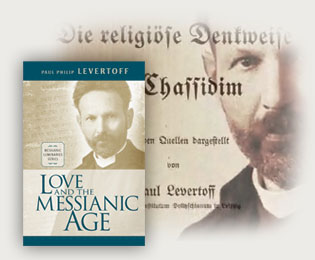 One exciting thing about the conference was the re-release of Paul Philip Levertoff’s Love and the Messianic Age, a chasidic-orthodox insight into the message of the Gospel in relation to a chasidic frame of reference, drawing from some of the deepest of mystical texts within Judaism. It was released in hardback (a first for FFOZ) under a new publishing arm of FFOZ called Vine of David (which I will have to discuss at a later date). It is a small book, but packed with a lot of punch. Therefore, they simultaneously released a study guide (which is actually larger than the book) in which Daniel Lancaster and others break down concepts that appear within the text and try to guide the uninitiated reader into a working knowledge of the principles Levertoff uses to explain his discourse. Unless you are extremely familiar with rabbinic works (especially chasidic ones), I suggest you acquire the book and study guide as a set. Lord willing, I hope to publish a full review of the text in the days ahead.

4 thoughts on “Love and the Messianic Age Release”