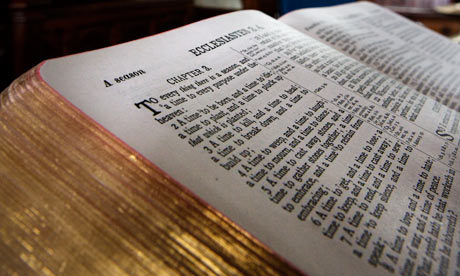 One day a ten year old boy came home with a note from his teacher. The note said,

“We are concerned that your child is illiterate. Can we have a parent-teacher conference?”

The next morning before school the mother stormed into the class room, slammed the note down on the teacher’s desk, looked her straight in the eye and said,

“I’ll have you know, I was married two years before little Ricky was born!”

That said, I have to call a spade a spade. The plague of biblical illiteracy is upon us. We must “take arms against a sea of troubles, and thus by opposing, end them.” But as long as we accept them, they will exist and persist.

How bad is it? Here is a list of results from various surveys…

And many more, that I can’t remember at the moment (and some which are too embarrassing to share).

Let’s face the facts: “Increasingly, America is biblically illiterate.” (A quote by George Barna.) And people like George Barna tend to blame churches, pastors and youth pastors. But is it really their problem? Isn’t the problem the mothers and fathers of the children, who are commissioned to teach their children (read the book of Deuteronomy — Book #5 in the biblical lineup, in case you need help — it’s a constant theme)  the Bible and biblical values? We have not only failed on a personal level by not engaging the biblical record ourselves, but we have failed the generations of our children, grandchildren and all future generations.

Dr. R. Albert Mohler, Jr (president of The Southern Baptist Theological Seminary) sums it up quite well by saying:

We will not believe more than we know, and we will not live higher than our beliefs. The many fronts of Christian compromise in this generation can be directly traced to biblical illiteracy in the pews and the absence of biblical preaching and teaching in our homes and churches.

Again, this requires effort to correct.

“A person wants to become a scholar and a leader overnight, and to sleep that night as well.”
—Rabbi Yaizel of Navorodock

If we expect to be good disciples sheerly by osmosis, we are sorely mistaken. It requires an investment.

Start your investment today, so that you will have dividends you can enjoy tomorrow.